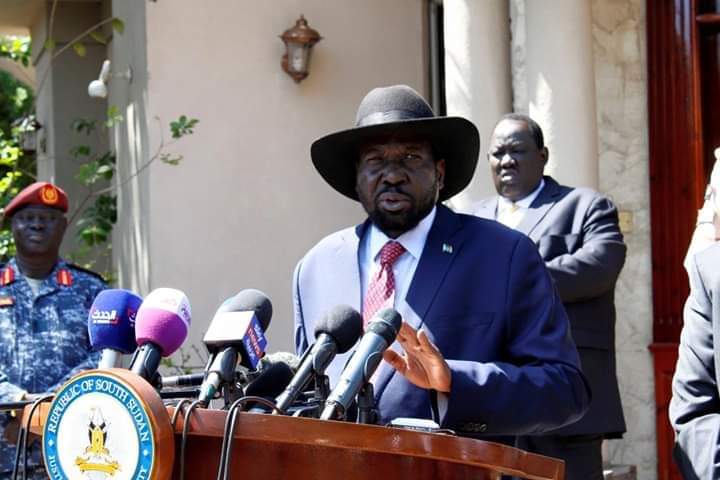 JUBA – President Salva Kiir Mayardit has this evening appointed eight state governors without appointing governors for Upper Nile and Jonglei which are allocated to the SPLM-IO and South Sudan Opposition Alliance (SSOA), respectively.

According to a deal reached between Kiir and Machar last week, the SPLM-IO was given three states of Upper Nile, Western Equatoria and Western Bahr el Ghazal.