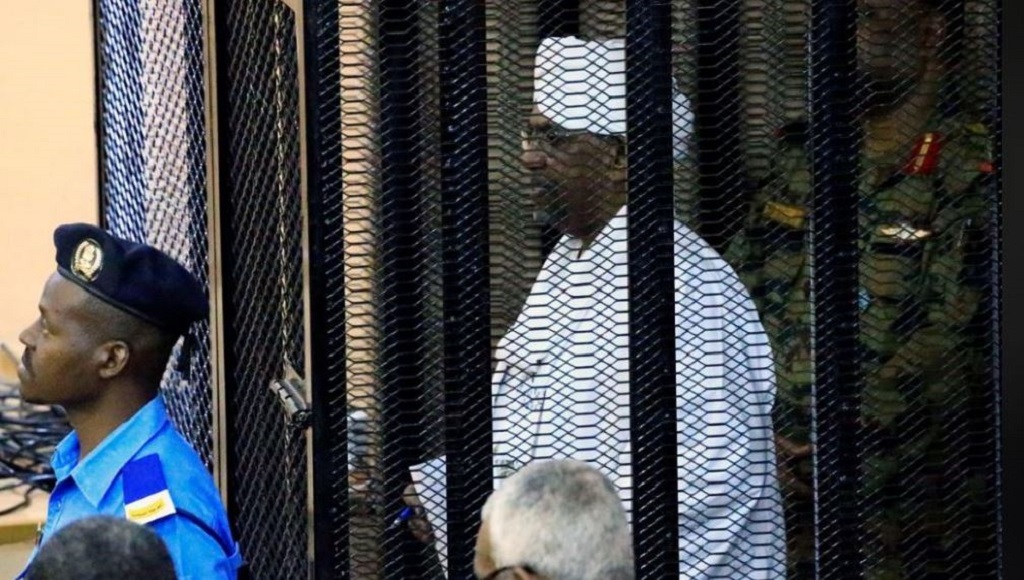 Sudan’s former president Omar al-Bashir stands guarded inside a cage at the courthouse where he is facing corruption charges, in Khartoum, Sudan, August 19, 2019 [Photo via Reuters]

KHARTOUM – Sudan’s former president Omar al-Bashir, ousted amid a popular uprising last year, went on trial Tuesday over the military coup that brought him to power more than three decades ago.

Al-Bashir, 76, could face the death penalty if convicted over the 1989 extremist-backed overthrow of the democratically elected government of prime minister Sadek al-Mahdi.