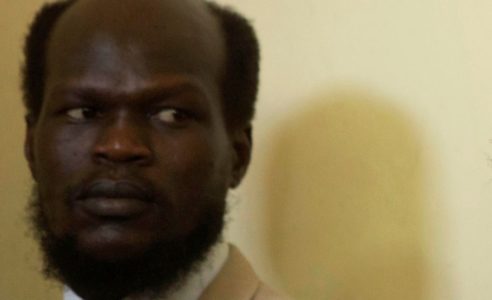 Wol made the announcement during an interview with the South Sudan in Focus program which is aired on daily basis by the Voice of American.

He called the new movement as the 7th of October Movement and will fight for reforms in the country which president Salva Kiir acted with impunity as if the country belongs to him.

“We are the 7th of October Movement which has been formed in South Sudan and today it is a very historical day in South Sudan,” Kerbino Wol said.

Kerbino Wol was arrested along Peter Biar Ajak in 2018 and then sentenced to 15 years in 2019 for terrorism, spying and insurgency.

He was pardoned in late January this year by President Salva Kiir.