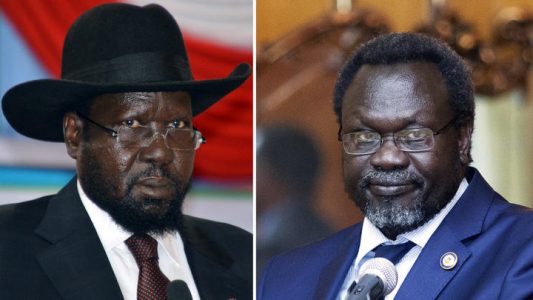 JUBA – The governments of Ethiopia and Sudan have given South Sudan President Salva Kiir Mayardit and main armed opposition leader Dr. Riek Machar Teny one week to resolve the impasse on the states or risk “strong measures.”

Kiir and Machar have been trying to divide up the states since the formation of the revitalized unity government but could not reach a consensus as which state goes to who resulted in deadlock.

The letters, the official said, “urged president Salva Kiir and Dr. Riek Machar to resolve the matter within one week or else the two governments will have something to say, maybe strong measures against us.”

“This is what we have been told but the leaders are working to resolve the matter. This is an internal issue. We are no longer enemies, but brothers who seek to end their differences in a peaceful manner and that peaceful manner cannot be imposed by an external threats.”