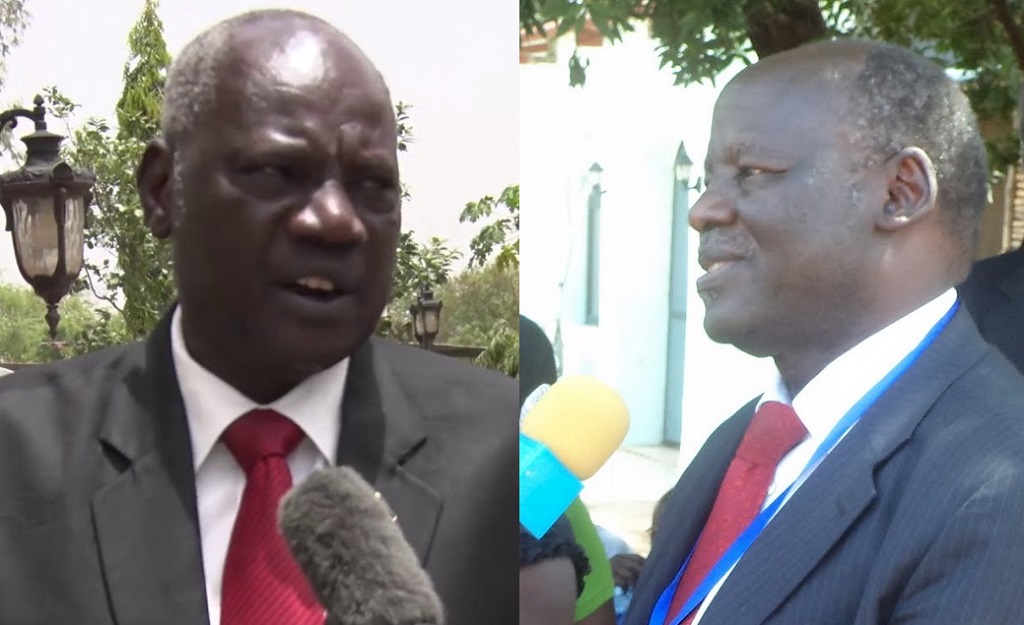 Dr. Lam who is also the Secretary-general of the South Sudan Opposition Alliance (SSOA) has accused the SPLM-IG led by President Salva Kiir Mayardit of jeopardizing the implementation of important provisions of the agreement.

The powerful opposition leader said those provisions include the reconstitution of the transitional national legislature, the reunification of forces, full establishment of state governments and constitutional making process, and the economic sector reforms.

“If you look at the security arrangements and the reunification of forces, it is still not yet realized, and the cantonment areas are still suffering from lack of food and instead of having people moving out of those sites,” said from the Sudanese capital Khartoum.

“The government did not release enough money for the security arrangements. The government doesn’t want to appoint the governors for Upper Nile state because the President wants to have an opinion which is not there in the peace agreement. All these issues are still outstanding, the party to blame is the government, the SPLM-IG,” he added.

In respond, Michael Makuei who is also the government spokesman, Makuei said Dr. Lam was instead derailing the peace agreement because he has been blaming the government for any small mistake.

“What is this feud which is uncalled for?” he asked. “This idea of accusing the I-TGoNU all the time is the one derailing the agreement.”

Michael Makuei described the utterances by Dr. Lam as ‘propaganda.’ He instead blamed the other parties for delaying consultations meant to address issues within the agreement.

“I thought it is high time for us to stop all this negative propaganda against one another, I say this because the day before yesterday we agreed to go for a consultation and we agreed that we meet yesterday. We found that they had already called off the meeting for Monday, that is SSOA, IO and OPP,” Makuei added.