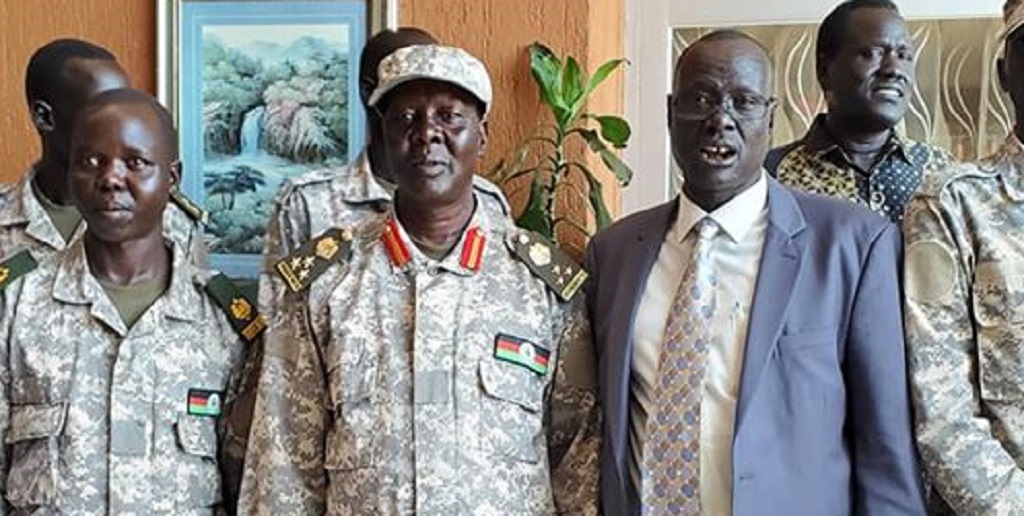 JUBA – Mass defections within the Sudan People’s Liberation Movement in Opposition (SPLM-IO) are results of a failed leadership of First Vice President Dr. Riek Machar Teny, a SPLA-IO officer who has defected to President Salva Kiir’s side has said.

On Friday, SPLA-IO officer Brigadier General Peter Gatbel Thow announced his intention to defect from the Machar-led movement and switched allegiance to the South Sudan People’s Defense Force (SSPDF) saying Machar has turned the movement into a family enterprise.

“The SPLM/A-IO is turned into family enterprise by Dr. Riek Machar and his wife Madame Angelina Jany Teny and the recent ministerial appointments of Riek Machar family members to the Revitalized Government of Nationality Unity (R-TGONU) is a case in point,” General Gatbel said.

He said repeated and “endless mass defections to the SPLM/SSPDF is caused by disorganization, frustration, and confusion within the ranks and files of the SPLM/A-IO.”

“Promotion of family members and associates who lack military experiences and training in the expenses of career military officers and NCOs.

“With the above following reasons, I, therefore, tender my resignation along with my servicemen in uniform with immediate effect and declared my allegiance to South Sudan People’s Defence Forces (SSPDF) under the Commander In Chief of SSPDF and Supreme Commander of the other Organized forces His Excellency General Salva Kiir Mayardit, President of the Republic of South Sudan.

“My joining along with my comrades is driven by my pure desire for peace, stability and reconciliation among the people of South Sudan.

“Finally, as a committed SPLA Officers who joined the Liberation struggle in 1985 and attended Cadet School and commissioned as an officer in Shield 3 and continued to be in the SPLA from that time until 2016 and served as deputy Director of Legal Affairs in Bilpam GHQs in Juba, I have decided to return to my mother SPLA.”