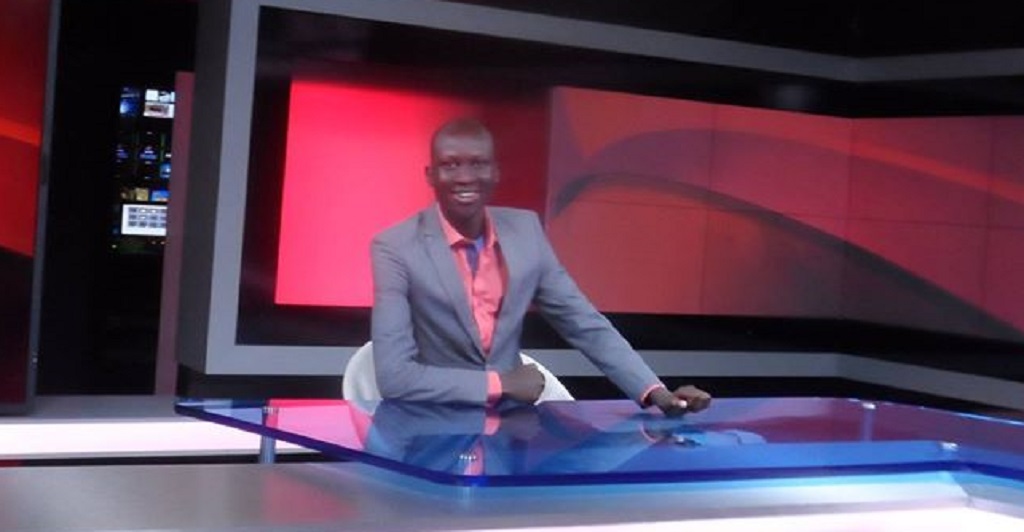 OPINION – Chol Duang was working as a contributor and intern at the National Broadcaster SSBC for years but due to his insignificant performance and brashness, he nosedived to secure a permanent job as a journalist at the National Broadcaster, while he was an intern at the station, his vision was to join the presidential press unit in J1 as a journalist but failed to secure that dream job. This led to his obstruction and decided to defect to SSUF and started affronting the people and institutions of government whom he had grudges and thought were the reason behind his logjam for him in securing his dream Job.

Chol is a neurotic liar who is frantic for celebrity and an attention seeker trying to undercoat everyone vertebral as his triggered of failure in life, he has tried for so many years to be like Ajou but failed, his defection to Gen. Malong rebel movement was a result of covetousness and despondency. He claimed to be a professional journalist but we all know the work he was doing at the National TV as an intern, his anchoring was the nastiest ever at the TV Station, whenever he appeared on TV, he brought nothing but humiliation and awkwardness to the nation. Even with the years Chol spent at SSBC as an anchor, he has always been very hasty and unprincipled because he was too dumb to learn how things operate. He could appear on the national TV inebriated to a magnitude of being caught unaware while on air.

Due to his thwarting and jealousy toward others and because of his bad temperament and unprofessionalism, Chol ganged up with his coconspirators in misery in which they even failed to like one another and started to waged war against Ateny and Ajou in order to seek their attention and become relevant, but Ateny and Ajou ended up snubbing them because of their irrelevancy and childish comportments.

Chol and his fraught “friends” ended up on the streets that have nothing important in their lives but abhorrence and distrust due to frustration and nervousness after asserting to be professional journalists when they don’t even own a degree or diploma certificates, only high school certificates. The public saw their performance in the media industry and nothing but ruinous performance. He has been pugnacious and abusive toward female journalists at the Presidential press unit because he attempted to approach some of them before but was scorned, and that is why he turned it into animosity.

Chol and his desperate friends on the streets have been nothing but very cheeky, babyish and unprofessional boys with very corrupt personae, full of hate and deleterious backlogs always looking for ways to blemish the image of those they envy. Their talk is assumed to have been caused by jealousy and desperation when they heard, Ajou Mareng was promoted as the deputy director for media department in the office of the President, the jealousy glimmered the talk but Ajou and Ateny continued to discount them and declined to respond to their childish propagation crafted by Chol Duang and his fellows.

How can someone like Ajou Mareng be a rival with unscrupulous and dull-witted Chol Duang? Ajou has continued to be professional and fashionable at his work. An upright and smart journalist that is cherished by his close friends and colleagues, these magnanimous eccentrics of his have always bullied them. Ajou owns a number of private businesses, and progressing well as a young man in career wise and personal growth, these headways have caused so much hate for Chol Duang who sees it as a reflection of his contrasting gullibility on him, he thinks he can be like Ajou Mareng. According to their mutual friendship, Ajou Mareng and Chol Duang have never sat down and talked, Ajou has always been shunning Chol. This made him too jealous for the guy.

Chol claimed that Ateny Wek has been inflicting taxation on journalists at the media department, this is dumbfounding and a far-reaching slouch driven by childish claims, these are kinds of fake stories crafted to sidetrack the attention of the public, such fabrications really shown us how childish and juvenile Chol Duang is, it is outlandish and uncouth thinking, Chol and his desperate friends were the one who microwaved these fake stories thinking they will accomplishes something but instead they have shown to us how immature they are in terms of thinking. It is clear now that Chol’s reason for opting for rebellion was because of the desperate jealousy he had for Ajou Mareng and Ateny Wek. If he wants to get a job in the office of the President, he should just route to finishing his school by going to the University and start securing a degree. This will help him work on his negative personality, and be professional like others instead of hatred.

The author is a concerned citizen of South Sudan.